Ryan and I went for that second doctor's appointment yesterday. 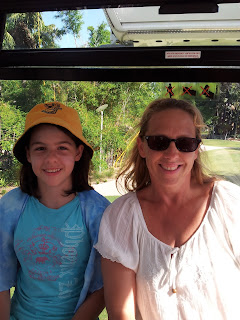 I'd say it was the cushiest job around - become an expert in childhood learning disorders, set up a pediatric practice and set up referrals to other specialists, charge hundreds of dollars to sign the referral and still have a six month waiting list for that first appointment.

But you still have to see the kids, most of who come to you because they are unmanageable.

And I know a radiologist in Hawaii who reads images from her home in her bikini (wink wink!!).

Ryan and I walked away with a referral to a psychologist specialising in testing for learning disabilities and autistic spectrum disorders.  Yeah, we have to check IQ and all sorts of other cognitive functions to rule out learning disability.  Especially since that's what we originally made the appointment for.

I really don't want to know her IQ.  Wonder if I'd be brave enough to just have them tell me, okay, below average and a concern or above average and no concern?  It'd be something to work towards.

But the possible ASD certainly came as no surprise and was actually a relief.

Phew!  Someone professional finally believes me.  (I'd send results to the child psychologists who missed all the signs in Germany, but they wouldn't care.  Wouldn't know what to do with her even if they did.)

I also asked about - and got the go ahead - to apply for the extra financial assistance we seem to be entitled to for homeschooling a child who is unable to be traditionally schooled.

I have to remind myself that we are homeschooling her for a reason.  I have to remember that we held her back a year academically and that she suffered emotionally from bullying both here and in Germany.

I have to think that maybe not every child needs an hour routine to get out of bed in the morning.  Just to get out of bed.  That not every child would automatically lose it if their mother had to make a phone call (for her daughter's thyroid checkup) and messed up the homeschooling routine.  That most children, in fact, would not shut down entirely and go into complete meltdown because of a half hour delay in the routine. 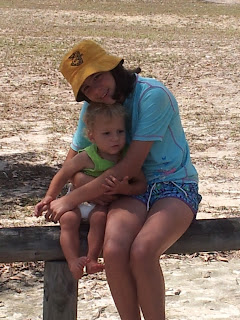 My child shuts down, retreats and completely hides inside herself when she can't cope.  She doesn't throw chairs or shout or make trouble.  She turns herself off and disappears.

She can also sketch and dance and play the flute and swim and ride.

We don't know what has been keeping her from learning or from interacting with her peers.  Does she have a learning disorder?  Or is there something else - anxiety, depression, sensory overload, or yes, high-functioning autism.

But why hide it?  Ryan has hidden enough already. 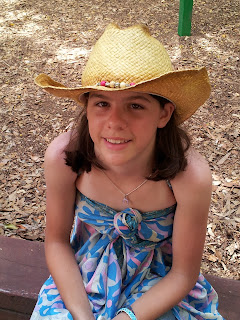 Would it be worse to be diagnosed with an Autistic Spectrum Disorder and get the help you need to function in the world most everyone else lives in or to live in confusion, guilt, misery, fear and anxiety because you are an undiagnosed  person with ASD?

I'm not out to become an advocate.

I just want to see my daughter smile.