Just Me (An Apology) 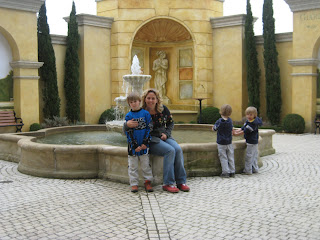 I knew I'd probably offend someone at some point, but I hadn't counted on hurting a friend. At dinner last night, Ladies' Night at the Brauhaus in Boeblingen, I casually mentioned the unfairness of the last line of my latest blog. I'd already added an apology for it in the comments section and I was obviously thinking about it enough to bring it up.

But my friend's reaction totally stunned me. "Yeah, you are right. That is totally unjustified and unfair. It isn't right to bring up something from over 60 years ago. At some point it is time to stop bringing it up and let it go."

She hadn't read the piece, and doesn't read the blog regularly, or I don't think the one line would have been as offensive. If you truly know me, and my writing, you know when I am venting unfairly. And you know the true me underneath it.

But all of a sudden I didn't want to take it back, no matter how unfair it is. It is MY blog, these are my personal thoughts and essays, and I don't force anyone to read it. Or agree. In fact, let's face it, the crowning glory of a blog would be to get an animated exchange of opinion going on between its readers.

I see my friend's point. I truly do. But all of a sudden I am fighting for the right of a writer to write.....even if it is a pile of shit. Even if it is hurtful or painful or even untrue. I suddenly understand why Stu quit our Writers' Group when Starbucks asked us to keep our readings nonpolitical. It wasn't that any of us were planning on writing anything political, it was just the point that a writer shouldn't be asked to curb his/her thoughts.

Okay. I get it. (But I'm still doing Starbucks.)

But it also brings me back to that last line, and why it is so important for me to keep the stupid thing in there, overexaggerated and unfair as it is.

It's because I am angry. And because I am finding it more and more difficult to live in a system that just accepts things as they are and is uncomfortable with change or with any ideas different than their own. (And yes, I do realize I could be talking about just about any society!)

It's not about Germany, or Germans; it's about more than the school system (which I will however continue to disapprove of and work to change).

It's about being German. It's about knowing that a part of me, that people close to and directly related to me were part of one of the greatest atrocities in the history of mankind; and let's face it that's saying a lot. It's competing with the American blight of slavery and racism. The annihilation of the native American culture. Ditto with the Australian Aborigines. More recently, countries all over the world look on at ethnic and religious wars in Kosovo, Rwanda, Somalia, Ethiopia, Nigeria.

Indirectly, I am guilty of way more than one stupid, little misguided sentence.

I do think quite often about what I would have done if I had been alive in Germany when Hitler was VOTED INTO power. My grandfather was too old to fight this time around. He was bummed about the loss of his factory. My grandmother had two young children and another (my father) on the way. One of the daughters from my grandfather's first marriage ended up in a concentration camp. She survived and married a Jewish man she had met and fallen in love with. They relocated to Israel,covered up her German heritage and raised their children, my half cousins, as Jews and Israelis with no knowledge of their German background.

I can't imagine not working to save as many children as I could.

So, in the end, it's all about me after all. I can say that it's the American in me that loves freedom, change and the rights of every individual to determine their own lives. Or the German in me that abhors racism and intolerance.

But it's just me. Just dumb little-old me. I can be a lot of things. (Irresponsible, irreverent, silly, stupid, funny, insensitive, unfair and wrong.)

I can also be sorry, sorry friend, that I hurt you. I know how you feel, I understand and even empathize with your view, you are right and I am unfair.

But I cannot be silent.
Posted by Twintensity at 1:07 AM