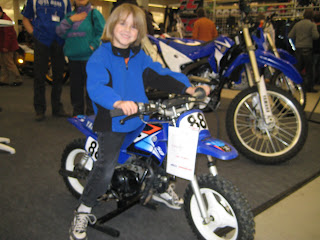 The sun came out. And with it the motorcycles and bicycles and old-timer automobiles (American of course, in the region that discovered the automobile!)that have been standing idly in garages since last summer.

A German man explained it to Damon a few months ago. "There are two sides to Germans. In the winter we all retreat into ourselves and get gray and grumpy and pissy and angry. Like the weather. Just wait until spring. Then we smile again."

Nothing like a little sunshine to make everything better.

Heard another joke - kind of - via another German friend. He had been talking about organizing a Stammtisch while he was getting his PhD at Tufts, in Boston. Just a dozen or so Germans, drinking beer and getting wasted. "Well," he said. "You should have seen what the Dutch students got together in response." Hundreds of them. And a serious political party. "We just wanted to have fun." continued Martin. "But it appears that when Germans mobilize, the Dutch just want to be sure."

Let's face it. You gotta have a sense of humor if you're German.

Jay Leno had one too. "It appears that walking and exercise is good against depression. It also appears that more than half of Germans are depressed." (Only in the winter Jay! Only in the winter!) Jay wrapped up as expected. "Poland and France have reacted rather strongly to these studies. Ain't nobody want to see Germany mobilized and on the move again.!"

Again, you had to laugh.

But I don't think there's anything to worry about this Pentecost Sunday. Unless you are Italy or Mallorca. Half of Germany has headed south for the Pentecost two week school holiday. (Just as Jesus would have wanted - spreading the word, or just the Euro, around a bit.)

But, honestly folks, we're just looking for the sun.
Posted by Twintensity at 12:33 AM