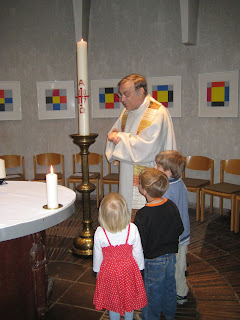 Trying to explain my belief in Taoism to the two Jehovah's Witnesses on my stairway yesterday got me to thinking.

How WOULD I explain what I have gotten from studying the Tao to someone who has never heard of it?

There's a lot of talk about balance and moderation and staying within the circle. About accepting change and going with the flow.

Tao means "the way." It's central theory is that we all come from the same source and return to it, hopefully learning something in the lifetime(s) in between. You might have heard of "universal consciousness." Christians probably mean something similar when they talk of us all being sons and daughters of God, that we all have God within us.

The Jehovah's Witnesses were actually interested. I told them just to substitute the word "God" in for 'Universal Consciousness." An oversimplification but something to let them know that I was getting from the Tao what they were getting from....well, honestly I didn't ask for particulars.

They seemed okay with that. And honestly, I felt at "one" with them, so whatever I am beginning to believe seems to be that which we are all looking for in our own ways and different religions. They glowed with their fervor and left me to glow in mine.

They did pose a question I found interesing. "Why are we here on this earth?" As I explained about spiritual enlightenment and personal growth (but was wise enough to leave out the multiple lifetimes part!) they asked why Our Father would have put us here if not to enjoy it? SHouldn't we enjoy life here on earth and follow the rules our loving Father has given us to serve him?

Well, I have my issues with that, since I believe (and this here is borrowing from the Hindu!) that we have chosen our OWN circumstances on this earth in order to advance our spiritual enlightenment in this world. In other words, we CHOSE this life to help us find God. But I wasn't going to argue semantics with them.

And I do like the part about enjoying our time here on earth. Food for thought.

The biggest difference between the Eastern religions I have been studying and the Judeo/Christian-Muslim beliefs is that the Eastern religions (Buddhist, Hindu and Sikh) believe that spiritual enlightenment - or God - can be found through many different paths. We choose the path - or religion - that helps us personally achieve God.

There is no one right way to find God. I like that.

I'm pleased to be getting closer to whatever it is I am seeking. I know I am getting way too "New Age" for most folks and so end with a quote from the Tao that I believe sums up what I am learning from it.

(Verse 29)
The Master sees things as they are,
without trying to control them.
She lets them go their own way,
and resides in the center of the circle.

It was all mumbo jumbo to me two years ago too. But after further study (of both the Hindu Bagavath Gita and the Tao), yoga and meditation I am beginning to feel the truth of the words.

And learning that faith is a feeling more than a knowing.

You want real words? Something you can take with you into real life?

Here then, is my basic personal translation of the mumbo jumbo above.

"When other people are acting like assholes, does it really help any if you act like an asshole as well?"