What The Kids Have Taught Us 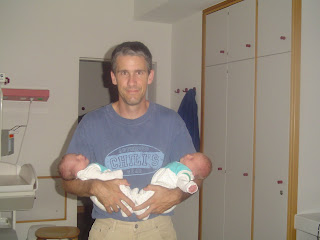 You learn something every day. And this time I am sticking to the present tense, because the past is just too darn confusing. (The other option is to change the verb from "learn" to "taught" as I did in the title, but that throws me into the passive voice.)

Learned or learnt? Well, after some Internet research it appears to be a matter of some debate. No news really that English is a language in constant change.

And darn it, I just knew my lack of knowledge about tenses would get me into trouble some day! WHERE IS THE EDITOR WHEN I NEED HIM?! (I actually know where he is, through facebook, and know he is dealing with more important matters than grammar right now.) What about the rest of you teaching English? Any comments?

What I discovered is that "learned" and "learnt" are both past tenses of the word "learn." (But thanks for opening up that barrel of worms, Brenda. As if I'm not worried enough about my qualifications to home-school already!)

Learnt is the past participle. Whatever that means.

Learnt is also the "T" form out of the Old English, and derived from the German. Ich lerne. Du lernst. Er lernt. Wir lernen. Ihr lernt. Sie lernen. (Which may explain why Brenda uses it?) It is often referred to as the English form - which may explain why Mark uses it. But it is being phased out in American English. And also losing ground in English English.

Which is going to be my excuse for not even knowing about it.

So what have we learned from our children?

Brenda is correcting my grammar. (And the reason I just looked up "embarrassing" in the dictionary just now!)

But they came up with some gems for me too. Thank-you.

1. That there are more important things to worry about than finger-prints on the windows.

2. To put a can of air-freshener in each room. Kids stink a lot!

3. That it is hard to grow up. Seeing the real thing in front of you, makes you realize when you are acting childish yourself.

4. To enjoy the kids you really have to immerse yourself in them. Which means giving up some of your self.

And we got more, one from a Dad too.

5. We were so busy getting ready and preparing and cooking and baking and cleaning for Levi's party, that in a sense for the two days leading up to the party we neglected him. We kept chasing him out of the way because he wanted to show us something or do something with us but we were too busy getting ready to respond to him.

Mark and Liesl Do have their priorities straight. Levi. Not the fingerprints on the windows!

6. Laura has learned - the hard way - that kids listen AND REPEAT the things they hear. Hence Morgen, at age three, coming up with such gems as "Are you serious?" and "You're killing me!" as well as a well-placed "Je-SUS" when her Dad hit the brakes a bit too hard. This is my niece. If you want to get the full effect, listen to how I say the first two. My sister and I sound exactly alike despite not having grown up together after the first 9 years of her life. My guess is her daughter sounds exactly like us both. Would like to think we're passing on the GOOD parts of ourselves too!

7. Not to bother wishing for more hours in a day. Because that just means more cleaning and not more sleeping.

9. Sarah has learned that English is a strange language and hard to explain. As in having to reassure her son that "he didn't really kill it. That's just an expression." Hmmm.....better not have him talking to Morgen!

I honestly hadn't expected that level of soul-searching. Noone mentioned:

10. The ability to change a diaper with one hand, standing in the middle of the swimming pool, while watching the other three diving off the high-board. (Damon's cousin Stefanie about nine years ago. I will never forget it.)

11. How to nurse -or worse yet, prepare and feed a bottle - in the middle of the night without waking up completely. (I had a night with Damon away where I managed to nurse one of the twins, while reaching over past him to his brother with a bottle simultaneously ...all while still somehow managing to keep my head on the pillow! People in my yoga class wonder why I'm so flexible!)

Mostly I think we learn to deal with (and laugh at?) the ridiculous and focus on what's really important.

I really want to hear about your dreamhouses. (And we can keep adding to this list too.)

I promise Claire, after that we'll get to some barfing in the car and kids commenting on the size of your butt to strangers.

Here's hoping you all have learnt (or learned?) as much from this as I have!

Thank you.
Posted by Twintensity at 2:28 AM