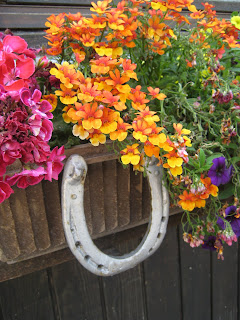 But since she and I are able to spend two hours on the phone together and STILL not run out of things to say.....our justification is that we are picking up the kids' rooms and cleaning the kitchen while we dissect and discover the true meaning of life.

We find eachother brilliant, which is always the mark of a true friend!

I felt I had to share my latest bit of Tao wisdom with her the other day. You know, the one that goes...

"When other people are acting like assholes, does it really help any if you act like an asshole as well?"

And then we talked about ego.

Lori likes to remind me that "it's not all about you Christine."

As she switches the topic to herself. (We get along fabulously. Although I do believe we are the only two who could keep track of our rapidly diverging - and yet oddly united - stream of thought!)

I felt like quite an expert here. Because after all, not only have I read all these fantastic books on Eastern religions but I ran into that great guy from Pune, India (via Newark, New Jersey!)at the Atlanta airport last February. 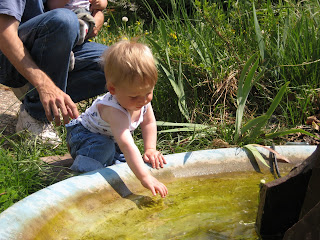 "Be like the lotus," he told me. "Water sits on the lotus petal as the petal remains undisturbed."

And - shocker here - it is NOT all about me personally. Overcome that ego.

(He also turned me on to the version of the Bhagavad Gita I am reading now AND told me that the Buddhists completely missed the point when they broke off from Hinduism! We had ten hours in line together. He told me a lot more too, that I have on little scraps of paper until I find the time to type them up.)

So that I proudly explained to Lori how the realization that it is NOT all about me...and that being an asshole yourself isn't the answer to other assholes ....has been helping me around town. With the lady who stole my parking spot. I circled three more times and then found another. With the lady who lives downstairs and honestly has the time and temperament to worry about her garbage placement in relation to our car placement.....in OUR driveway!

But that not letting it get to me was actually helping me in the long run as well. A lot less anger, less stress, less to worry about. Inner peace.

Until I called the school yesterday. I should know better. But, after all that worry that the Nazi police would come and take my children from me, the truth this summer has been that it is hard to FIND someone working in Europe in the summer, close to lunch-time, when they are out ill, or generally just taking the afternoon off. Still a bureacracy.

So that I was fairly complacent and just called to see IF and HOW we unregister the children from school.

IF and HOW. What do I need to do to officially get the kids out of school since we are moving?

And the principal quietly reminded me about "Schulpflicht." The kids are legally obligated to go to school here.

That did it. No more lotus blossom. I was asking HOW. I was not asking for information regarding yet another obligation I supposedly have to a school system that apparently has no obligation to teach my child. She just needs to be there. 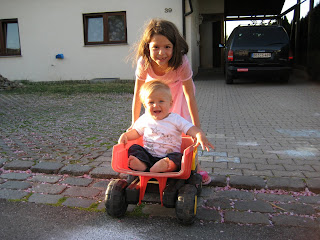 "Ich kenne die verdammte Regeln." I told her. "I know the damned rules. Which is why we are leaving the damn country when we are."

There is a point here in Germany where an American has to learn to stand up for themselves. It's a very direct society, a very much in your face and tell you what to do and mind your business for you kind of place. For instance, BEWARE if you bring your baby out without socks, or feed it the wrong way, or let your kids swing in the trees.......not only do Germans know how THEY would do it, they like to tell you how YOU should be doing it too.

The German friends I tell these stories to find me hysterical. They know it's true. But they accept it as a fact of life and get a big kick out of watching me go up against it as an American. I swear, Babette and Dominique BOTH CHUCKLED at me!

I know. I have that same instinct myself. I believe it's the reason big government seems to work so well here. People like to make sure everyone is doing what they are supposed to be doing. It makes them feel secure, I guess.

But I digress. (No kidding right?)

I swore at the principal. It felt FANTASTIC. And then I WAS able to rein it right back in and get back to the point of a setting up a meeting to unregister the kids.

So that I do believe anger has its place...in short, tempered bursts. But that we shouldn't let it control us or interfere with what we need to do.

I had to remind myself that me acting like an idiot wasn't going to make HER act any less small-minded. And that it wasn't about me. That she is just a simple person who only knows her one simple way. And that her not being able to think outside the box might annoy me temporarily but that it wasn't anything personal and is something that she has to deal with the rest of her life.

Me....I'll let you know how it goes tomorrow.

I never said I was perfect Lori. I am still a small, imperfect person. But I am striving to be that lotus... and at least big enough to know that I still need to work on it! 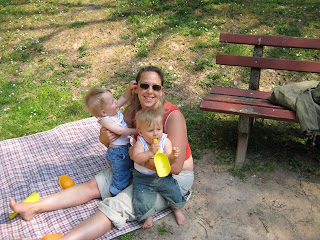 And if that doesn't work remember she'll still be sitting in the same flower box, in the same dry soil, with no ability to see beyond the window sill....while I am able to offer my children the chance to blossom and grow towards the light!