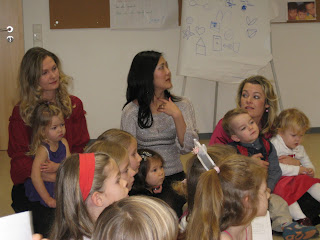 Okay, to the REST of the world we make sure to call ourselves the ENGLISH GROUP. It's not a playgroup, we tell ourselves. We are here to make sure our children- children growing up here in Germany with at least one native-English speaker in the house - learn and feel comfortable with OUR language. (And we use the term native-speaker fairly loosely, to include South Africans, Americans and even New Zealanders! Note:: I got one of each in the shot of Anita, Cindy and Ursula at this past year's Christmas party.)

But, to most of us, it is family as well.

I joined the group five years ago. They, more than any family across the Atlantic could, supported me through a twin pregnancy, years one and two with twins, the total exhaustion at the end of year two, several miscarriages, lots of personal quirks and foibles, and the recovery that has brought me back today.

All I got is mush and melodrama. They were here for the good, the bad, the ugly and all the silliness and fun in between.

Spent today at Killesberg Park in Stuttgart, one of our optional summer group activities. Sob.

And so....a kitschy photo story about summers with my family. 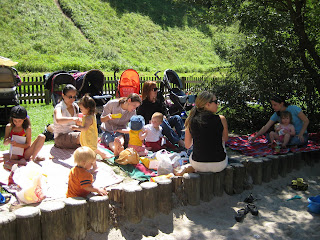 A bunch of us at the water park in Sindelfingen, August 2007. A row of strollers. We'd all had babies within a few months of eachother. We sent Sue and Ursula out for KFC and spent the day in the sun. 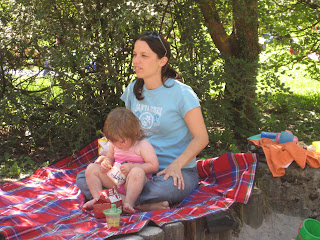 Lynette as I will always remember her. She is now living on a goat farm in western Canada. And yes, she DID have a fourth child, so STOP ASKING! 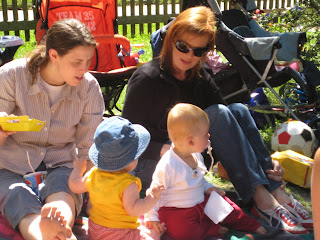 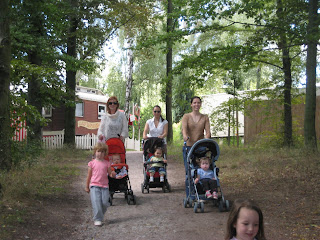 Sue, Sherry and Lynette with strollers (and kids) in Killesberg Park, 2007. They make it look good! 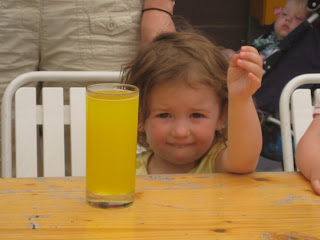 Sophie and a LARGE glass of Fanta, Killesberg Park, 2009 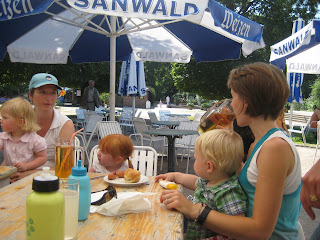 Johanna and Lucy. Oh yeah, and the kids. 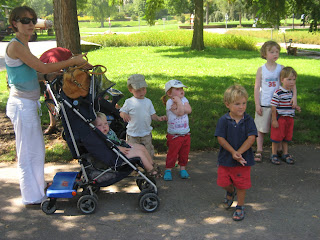 Love this shot! Lucy wondering how she ended up with everyone's kids! If this isn't family, I don't know what is! 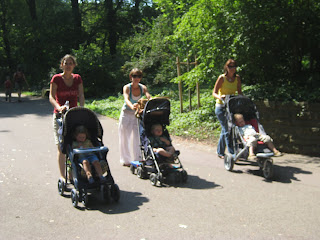 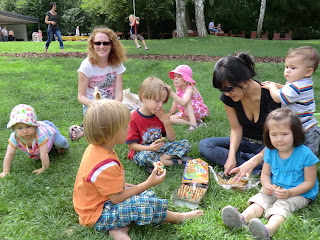 Sarah and Cindy today at Killesberg.

I'm happy to be moving on, but happy too, that I am sad to leave some things behind.

I honestly don't know where I'd be today without this family.

The other residents at the hospital in Calw Hirsau - where I spent two weeks in psychiatic care two years ago - had a joke that when anybody with an accent called it was for Christine. English. American. New Zealand. South African. Whatever. They considered those calls my family.

I don't know that I was any less crazy than the folks I left behind at the hospital. Or that any of us is. The biggest difference I had - the biggest advantage and the biggest incentive to GET THE HELL OUT - was that I had somewhere else to be. I had family waiting.

Thank you guys. (I warned you it was kitschy!)
Posted by Twintensity at 12:27 PM