My second North Lakes park run was on Saturday, the day before Easter.


I expected the turnout to be small, but there were still almost one hundred people there, just like last week.

A lot of kids and families and parents pushing prams though.

Good, this was more my element.


I started off better this time, I thought, even though I had run 12 kms the day before.  I was with the main back.  At the rear of the main pack.   Like a comet's tail behind the main pack.

Did those parents have jet engines tied to those prams?

I tried to keep up with the 20 year old girls but they were steadier.

Ah good, the dads running with their kids.  I might be able to hang with them.   One dad was singing to his 12 year old son behind me.

"You're embarrassing me, Dad, " he said as they sped past me. 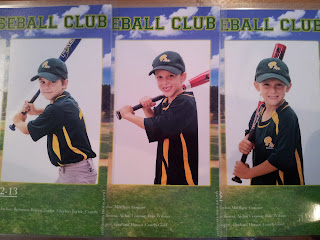 There was the dad with three kids under six though, I thought I could take them. Maybe.  I caught him on the last lap with an empty pram, two kids left on the lawn behind him, going the wrong way.  Had he lost a kid?  Or more importantly, had he finished and back-tracked?

'Cause that's four people I beat if he hasn't!

My goal had been to get lapped by less people than last time.  Which was an admirable goal.  Except they kept coming by me, sooner than expected, and in greater numbers.  One.  Two.  Three.  Four.  Five.  Six.  Hold on people!  At least have the decency to wait until I finish the first lap.  What planet do you people come from anyway?!  And isn't there a runaway subway bus or train that needs saving somewhere?

All in all I got lapped by 18 people this time.  Twenty if you count the two kids that last guy was pushing in the double pram.

I mean come on people!

I still love it though.  As the first runners are crossing the finish line, I am thinking,man, if I was just a little bit faster I'd be done now too.

A little bit faster.  As in 15 minutes faster.  Twice as fast.  Or even faster than that, if we have to be honest about it.

That last lap I catch up with old buddies.  The kids mostly.  Like the eight year old with the mild hypertonia who - lo and behold - has been ahead of me this whole time and is still going.  I am humbled.

I briefly run with my two new girlfriends, about Andrew's age.

Before they shoot off like the stars they are and leave me in their dust.

And I am happy.

It beats being earthbound.