What I'm Giving Up For Lent 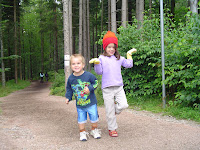 This idea first came to me over twelve years ago, while riding in the back of a Haitian taxi - the flatbed of an old pickup truck - with forty or so other people plus a few goats, chickens and sacks of yams. I was thinking of the reaction of my fellow Peace Corps volunteer, Sarah, when I had told her that I was going to give something up for Lent. "Good God, Christine," she'd replied, "You are NOT going to give up chocolate or alcohol or do something equally stupid." She knew me well, and she knew that we all needed our little rituals, our relief, escape from the stresses of life as a Peace Corps volunteer in rural Haiti.

As I thought it over, it became clear that the best things to give up, the ones we SHOULD give up anyway, are the things that are the worst for us. Not just at Lent. Not chocolate. Not even alcohol, or cigarettes, or other substances that aren't good for us physically.

In retrospect, anger at the fact that things weren't going my way. But that's ANOTHER essay.

Lately, I've stopped judging others. When I heard about the fifteen year old girl in England who had had a baby - with three thirteen to fifteen year old boys claiming paternity - my first thought STARTED to be, where the hell were the parents? But it stopped halfway out. My God, in six years MY daughter will be fifteen. I can't even get her to do her MATH homework right now. You think she's going to listen to me about condoms? Let alone abstinence.

And there's another essay writing itself.
Posted by Twintensity at 6:20 AM