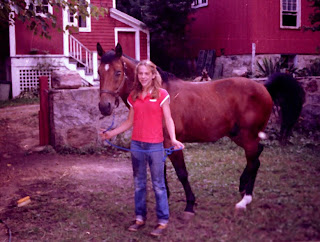 Don't worry. This is not a proper medical diagnosis. It's just a sick game that popped into my head while driving home the other day from the hospital.

I'd been in for a routine checkup, which turned into a not-routine checkup and then a special look-and-see at the local hospital. No biggie really, the day off from the kids and a chance to hear some medical terms bantered about. Kinda fun for someone like me really. Even tried to get a little writing done, although it really sucked.

I just kind of wish they'd let me stay awake for the whole camera-on-the-screen in three weeks. It'd be really interesting and...well...though I do have the utmost confidence in the diagnostic and surgical skills of the attending physician, I was less than impressed with the history taking. In Germany, one doctor, your own, examines you and follows up in his office, but hands you off to doctors at the hospital for anything surgical. All of which means that it is not YOUR doctor performing the procedure. So you kind of have to count on them reading your chart for any previous history, medical or otherwise.

And, though I really hate to complain, I was less than impressed when I learned upon discharge that I had a tentative diagnosis of uterus septus, a condition present at birth where a vestigial fibrous septum divides the uterus into two, making it less than thirty percent likely to highly unlikely that a woman could carry a fetus to term. Which the intern was really happy to tell me about since it is a correctible problem, would neatly explain the previous year's miscarriages, and then allow me to carry a pregnancy to term. Nice.

My first reaction was one of utter relief and gratitude. Mind you, I have enough of a medical degree to understand what I was being told, and I just couldn't believe how fortunate I was to have carried three consecutive pregnancies, including a 39 week twin pregnancy, to term while having this condition. What a miracle! Uh yeah- the drugs must have still been wearing off.

Really hated to do it - I do know how nice it is to have a nice, pat answer, especially as an intern but...I had to ask. Was I understanding her correctly? Wasn't this more likely to be something that had developed within the last three years? What were the chances of three consecutive successful pregnancies, and twins to boot, with this condition?

Her face fell. She had no idea I already had kids. She hadn't bothered to read my record. History, history, history. They even teach it to veterinarians for Christ's sake. I can only hope she hadn't presented the case in rounds yet or she was going to be in serious trouble. "Oh. You probably don't have it then," she replied. "See you in three weeks." Great. I'm hoping they don't take off my left breast by mistake. Either one of them actually.

So I relied on basic medical knowledge - and the Internet - to come up with the major differentials on my own. I'm pretty sure I know what they are looking for - and even if the intern wasn't in on it, the chief of staff had mentioned something about it when I was coming out of the anesthesia. Always a good time to explain something to the patient, when they are half-coherent. But it registered enough that I'm not really worried, mostly interested, and just relieved to finally be taken seriously after three years of everyone telling me my symptoms were all in my head. Literally. And sending me to the shrink. (Who, by the way, thinks I'm just as crazy as everyone else, only not certifiably, and certainly not medically!)

But there is always that tiny feeling, that one-in-a-trillion chance that something goes wrong...that it could be the"C" word after all. (It's not, I promise, I looked up the chances and it is a billion times less probable than the uterus septus, if you don't believe me I'd have to go into all the medical details of why it is so highly impossible and my guess is noone needs to hear any more than they already have, honestly, it is not the"C" word.) But uterine cancer, which once again I do NOT have, has only a fifty percent five year survival rate. It is not good.

Which is what got me thinking about the two years to live.

Honestly, what would you do if you were given only two years to live? It really makes you prioritize your values.

My list does not bode well for my current European suburban housewife status.

1. Go to the beach. Swim in the ocean. Often.
2. Spend time in the sun. Again, regularly.
3. Work with wildlife again.
4. Hang out in the wild outdoors, the jungle, the desert, places with no people.
5. Live outside. Really be outdoors, not just venturing out into it in brief respites from rain and cold.
6. Have FUN with the kids. Teach them to be independent-thinkers and creative and to ignore the status quo, to be who THEY want and do what makes THEM happy and proud.
7. Hallucigenic drugs. Really. This one surprised me too(or doesn't it surpise you?) since , although sometimes reckless, I was always pretty cautious about not breaking the brain. But if I'm going to go anyway, might as well take a couple trips before the big one. I'd do yoga too, so get off the high horse! Really, you wouldn't try ANYTHING? Really? Two years to live, remember.

THE LIST will probably change my life more than the procedure. You see, the big shocker here, or maybe it's only a surprise to me since I've been hiding it from myself for the last seven years in order to be a good little girl and support my husband, well the truth is that most of what I value in life isn't present there at the moment. The kids obviously. And Damon too. (He just doesn't make the list out of discretion, count him as one of the kids.)

Maybe if I take enough drugs I won't miss the rest of it so much.

Or maybe I have more than two years to live and it's really time to start living NOW.
Posted by Twintensity at 2:35 AM