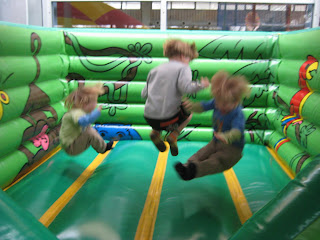 We honestly never stood a chance, Ryan and I.

I hadn't noticed it was truly gone until the other night, when I thought it'd be nice to watch an old VHS tape I'd dug up while cleaning out the cupboard. Cinderella. Whitney Houston's Rodgers and Hammerstein version, starring a black Cinderella, a Philippino Prince Charming and a cast of multiracial families - oh and lots of singing and dancing. Good fun, racial harmony and romance all in one. Pink. Polifically correct, lots of fun, and most of all pink. Girly pink.

I remembered when we bought if for Ryan, for Christmas right before she turned four. And then we gave it to her early, at Thanksgiving time, when she was suffering from a bad fall off a tricycle at kindergarten and a bout of the stomach flu. We'd had to take her to the emergency room when she started vomitting a few hours after the fall just to be certain. And, bruised around the nose and eyes, she looked just as terrible as she felt. She was really sick.

And so I whipped out the Cinderella movie as a special treat and sat with my daughter on the couch for two days, cuddling and bonding, and rinsing out the throw up bucket placed strategically at the foot of the couch. I don't know what the boys (Andrew and Damon) did. Could it be possible that even miserable, screaming Andrew just wasn't as much of a handful as the three of them together are now? He was only one, but he was walking at seven months. What WAS he doing that entire time?

There is no forgetting them now. Mad whirling dervishes of almost maniacal energy, bursting forth after days of enforced hibernation due to rain. These boys need to get out!

The other option appears to be street-dancing in front of the TV to a Rodgers and Hammerstein musical. Damon is not amused. Neither am I. This is a LOVE story, for crying out loud. SIT DOWN and WATCH THE TV! Did I really just say that?!

The three of them were really cute popping and spinning and striking a poses. But it just wasn't the same.

There are just too many of them.

I was never a girly girl. Ryan either. More of a jeans and T-shirt kind of crowd. With horses rather than dresses. But still, it'd be nice to have SOME sort of feminine aura in the house. Scented candles that aren't carried around the house due to some sort of male fascination with fire. Bubble baths that aren't used as a competition to see who can slide down the side of the tub into the bubbles the farthest. Or the fastest. Or whatever. With the end result being bubbles on the floor, bruised kids in the tub, and oh yeah, no scented candles since they were carried off for fire worship just the other morning. Forget the feminine aura. Peace and quiet would be nice too.

All action, all the time. Just what I wanted about twenty years ago. Surrounded by loads of interesting men, just dying to impress me.

Watch what you wish for.
Posted by Twintensity at 11:37 AM