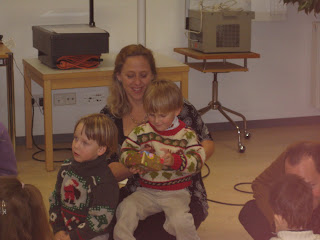 You know profiling, at least if you're American you do. It's when the police pull you over for suspicious activity, and base that decision on the fact that you are a young, black male driving an expensive sports car. The only time I have EVER been stopped entering the Canadian border was when I was with a male British national of Indian descent and this was on the liberal CANADIAN side AS WELL as the American on the way back. I know a guy from Columbia who disappoints the Swiss border guards every time they search his trunk for cocaine and come up empty. Depending on your point of view it involves decision making based on statistical probability or it is blatant racism. In either case it involves making a judgement based on a person's external appearance, be it color,race, age or ethnicity.

And it didn't hit me that that's what I've been doing until just the other day. Sure, I knew there was an awful lot of German-bashing going on whenever I got together with other English-speakers. But it was harmless, necessary venting and really nothing personal.

And then, suddenly, it hit me how offensive and personal it was. Not the venting, not even the bashing; we ALL need that when we're dealing with a foreign culture, some sort of commonality and some sort of comic relief.

I'm not ALWAYS guilty of profiling. Guilty of guilt, yes. Whenever I read an article about black Americans integrating into upper class suburbs and finding it hard to fit in, I think....oh my God, I don't have any black friends. What is wrong with me? Am I not liberal enough? Do I need to get out more? (Answer: yes.) It's only for a second, classic suburbun white guilt (which, funny enough, is what the black families are talking about!) And then I quickly come to terms with the fact that I do, in fact, have no black friends.

I remember my friends from Haiti, my friends in Africa, the Caribbean, the Middle East, India, the Philippines, South America...and realize, first of all, that I am fortunate enough to know a large number of really cool people and second of all, that I tend to forget what color any of them actually are. (Turns out I have African-American and Hispanic friends too, I just didn't know where to put them in that sentence without blowing the whole concept.)

I mean, I KNOW all of my friends from Haiti are black. But that's not what I think of when I think of them. I think of WHO they are, and mostly of how I miss them, and not necessarily what they look like at all. I really believe I put the color/race issue aside, in Haiti, the day I realized that that man was really and truly an asshole. No excuse for race, color, socioeconomic/political circumstances, just really and truly and asshole. Liberating. But it's nicer to think that my memories of friends are emotional, and not at all, visual ones. Essence not appearance.

Color is clearly not my issue. Yay for me, pat on the head, pass the liberal exam.

But nationality clearly is.

When I walked in to join our monthly Writers' Group in Stuttgart this month I was joyfully greeted by Karin, a person of such warmth and exuberance, and always such a delight to see, that it didn't even cross my mind that she'd greeted me with a big hug. (All profiling aside, hugging is just not a big social custom here in Germany; it just isn't done.) I mean, it was KARIN, what else did I expect? And it felt right. So right, in fact, that when Caroline held out her hand, I jokingly said, "Come on, what are we, German?" and hugged her as well. Caroline is Dutch. I don't know their customs at all, so how presumptuous of me. I happen to be half German so, how stupid of me. And, as Reinhild pointed out, before she also embraced me, she IS German. How rude of me.

Bet you'll never guess what nationality Karin is either.

She's a hugging German. And, because these people are my friends, I never gave a thought to their nationalities. It's the same with Nikki and Martin; I honestly forget they are German. Because they are friends first. Or when I spend an hour on the phone with Claudia complaining about the school system. Or when Kirsten brings me a sweater she thinks I'd like that she doesn't wear anymore.

There was an old TV ad on in the 70s (you know, when I was still a twinkle in my father's eye!) talking about racism. A little boy tells his grandfather that his friend , so-and-so, called him racist. "Who is this so-and-so?" asks the grandfather. "Oh, he's my Jewish friend."replies the kid. I didn't even know what Jewish WAS at the time, but the point is the same.

I really really need my friends. I can't afford to profile them.
Posted by Twintensity at 10:52 AM