We're reaching milestones faster than I can record them. 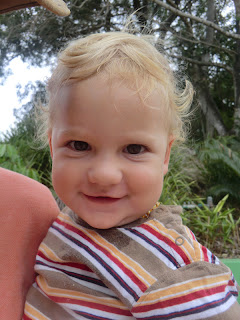 Perhaps I can be forgiven for missing the date of the first anniversary of our arrival here; I'd just had a baby barely six weeks before.

But now we're going on year two and the merry-go-round isn't slowing down. 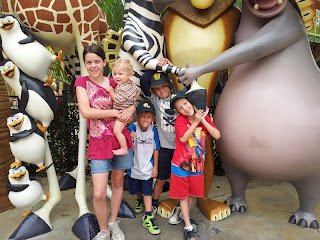 We left Altdorf, in a hasty scramble of madness that involved a crooked landlord and unexpectedly euthanizing the dog in the middle of packing the car, on September 30, 2010.  Need I mention it was raining?

I've tried to blot out the pain, remembering only Andrew's comment, after hearing my anger at Damon for the umpteenth time. ( I swear, the man was scanning paperwork in the computer while I was simultaneously cleaning the kitchen, painting the bedroom wall, packing and hauling suitcases down the stairs to the driveway; I can't remember it too closely or I will divorce him even now.)

Which is why I wanted to kill him.

(Only a few days later, on the backroads of Bayern, we had the "I'm thinking out the other end" comment and the tension lessened.) 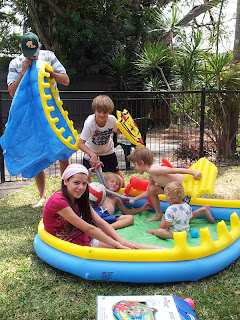 I remember Tracey in the rain with all the kids, Lori and Dominique running up and down the stairs with half-packed bags, and feeding Wolfy Lynn-Anne's fabulous South African stew as his last supper.

"Just get out," she told me.  (She meant the apartment, and Altdorf and Germany and the situation we were in and not the marriage, I presume.)

The woman is brilliant. 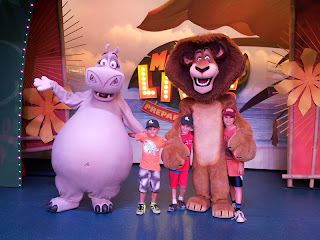 We spent the month of October, 2010, homeschooling and vacationing in Bayern.

The staff at A-Mart still remember us coming directly from the airport to buy mattresses for our apartment.

Which is all the furniture we had until after The Floods when people around us realized we really WERE living on mattresses only and started donating chairs and tables and sofas. 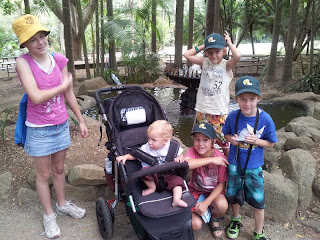 Since then we've moved house, found a better job, bought a car,  had a baby, and now recently changed schools and started homeschooling.

The boys play soccer and baseball, during rugby and cricket seasons respectively.  Ryan rides.  Andrew has a motorbike.  I work out, do yoga, have run in a few fun runs, joined a writers' group and spent all night at a literary event in Brisbane recently.  (or should I be saving the drivel for my American Christmas letter this year?!)

The baby is walking.

We have friends that are family.

And, in the constant cycle that is change, we have started all over again with a new school, and new routines, and meeting new people, all within two years of starting out with barely enough to live on. 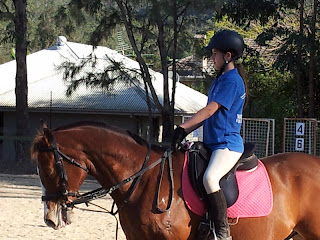 I wasn't in the market for new friends.  I fought with everything I had to not switch schools.  I hoped Ryan would change her mind about homeschooling.

It's the first time in my life I have made such major changes without an accompanying physical move across state lines, countries, continents, oceans or even hemispheres.

Everything is new again.    Everything out of kilter,   a bit out of whack,    full-on as the Aussies say. 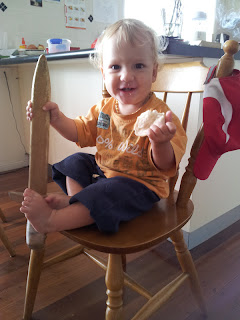 I'd say I'm too old for this, but I have a funny feeling this is just the beginning.