A Billion Dollars For Wildlife (By Ryan Connor)

But enough about me!  Here's the 500 word story Ryan entered in a competition today.  She had to write about inheriting a billion dollars. 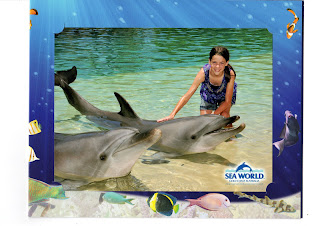 
Steffy scrambled to get dressed. She had just graduated from university.


“Probably a congratulations from somebody,” she thought.


As Steffy reached the kitchen, she saw that her family was at the table; her brother Mike, sister Sally, mother Rosalina, Peter her dad and Buster the dog.


Steffy opened the envelope. She held her breath as she read it. It was from the government. It read:


Dear Steffy Mcdarf,
Congratulations on passing your college assessments.
We would like to inform you that you have inherited a billion dollars from your Great-Great-Great Grandparents.
Sincerely,
Rudolph Mcbarf


Steffy handed the letter to Mike to read out loud.


The whole family gasped in surprise.


Mike agreed that Steffy should buy it and save the wildlife.


Sally, Mike and Steffy started drawing up signs while Rosalina and Peter put down some pebbles and gravel for paths and put up wooden fences.


Soon it was time to create a website. They took pictures of the wildlife and posted it on the site. They also put up the sign that said:


“Welcome To Wildlife Reserve and Rescue.”


A week later people were lined up at the gate ready to come in and enjoy the wildlife. Sally handed out maps, Mike answered questions while Steffy, Rosalina and Peter directed parking.


“We have koalas, kangaroos, wallabies, kookaburras, cockatoos, echidnas, cassowaries and even snakes, “ Mike told the visitors.


“Where is the restaurant on this map?” asked a lady.


“We don't have a restaurant here and no littering either. This is nature,” Sally answered.


“Why do people even put restaurants in the bush when there are animals that could eat the litter?” Sally thought.


The park became a famous reserve and some people even went jogging in the reserve. Nature runners were soon counting on the reserve to open at 4 AM. People loved racing in nature.


Occasionally a wallaby would be sighted and koalas heard.


The park improved a lot over two years so Steffy thought of carriages for tours. Steffy bought a big glass carriage that could hold up to twenty people. She bought four Clydesdale horses and two Shires to pull it.


The park went on and on and soon trail rides were going through the park and people coming to line up at 6 AM to be the first ones in. Everyone loved to see the baby koalas, joeys and birds. They even respected being quiet.


What a success saving the wildlife!