It's like finally breaking up with that bad boy who really wasn't doing you any good and going out with that nice boy from Harvard. 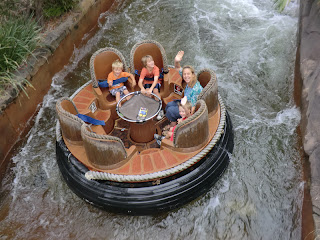 This week I've gotten the passwords for Aidan and Matthew to get online access to classroom work from home.  Andrew's homework is also to be done online.  Today, when I went in to get his password because he is home sick, his teacher already had it ready for me on her desk.  She had meant to give it to him today.  All three boys have free access to online learning programs as well as assignments from their teachers.
I've got the swim schedule for later this month,  an invitation to school skating night on Saturday, an invitation to the drama and glee club's production of The Jungle Book next week, and the biweekly newsletter telling us about a writing competition I'd like Andrew to enter.

Andrew also received a note confirming that a child in his class has been found to have lice.  While this is no shocker, at our old school we just assumed at least a handful of kids from each class had lice at any given time and checked daily, what is surprising is that the school IS allowed to inform parents when another child in their class has an infectious disease and that they ARE allowed to ask parents to check their child, clean their home, and not have their child return to school unless their child has been treated. 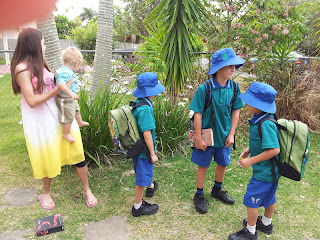 Oh.  Turns out just the poor kids are held to lower health and hygiene standards.

Why this should surprise me is a mystery.  I've lived all over the world.  I've seen worse disparities between rich and poor - way worse, in Africa, in India, and daily in the USA - than in southeast Queensland.  Way worse.  Which is maybe why it took this long for me to figure it out here.

I guess I just still thought this was wrong.  I was still all gung-ho bent on fighting for equity for everyone.

Proof maybe that I belong in the little rich white girl caste. 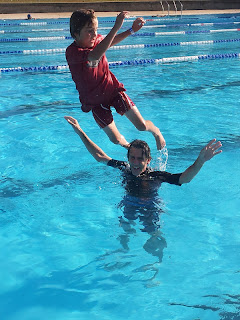 The truth is - and I see this now -  that most people from our old school wouldn't even want to go to our new school.  It would blow them away.

The truth is that they are happy where they are.

And my job is to learn to let that be.

What still annoys me a bit is that it took me this long to figure out where I fit in.

Honestly, we would have ALL saved ourselves a lot of trouble if someone had just said, really early on, listen Christine, you are so not meant to be here, take a left onto Gympie and head over the AJ Wylie bridge.

You'll find YOUR tribe there.  (Tribe is a much more acceptable word that caste or socioeconomic class, isn't it?!) 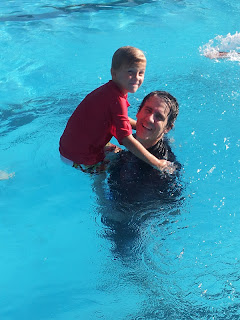 So, the boys are up at 6 AM, dressed and fed, beds made, teeth brushed, lunch made and bags packed, waiting downstairs to head to school.

They liked the old boyfriend all right, but they are super psyched about this new guy! 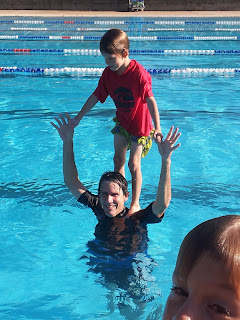 And oh.  I've figured out the parking!