We had our last visit to the diagnosing paediatrician on Tuesday. 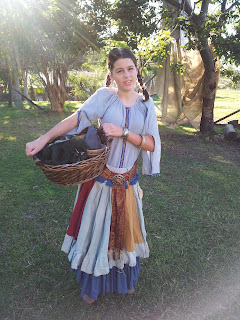 It is a permanent, non improving condition listed under legitimate disabilities by the Australian Government.  This, among other things, means she qualifies as special needs for schooling, and that we are entitled to free long distance state education  and extra financial help for home schooling a child unable to be traditionally schooled.  Our family also qualifies for a carer's allowance from the government - irregardless of income level - to compensate for the extra time it takes to care for a special needs child.  Ryan also qualifies for a health care card that entitles her to almost free medical care including medications as well reduced rates for public services such as transportation and also for reduced entry into attractions such as amusement, water and animal parks. 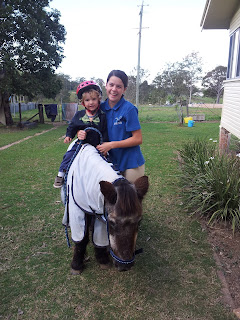 I shouldn't need the government to legitimise what I already knew but the acknowledgement is more important to me than the small financial compensation (although it helps, it does not drastically alter our life-style or our choices). It is acknowledgement of the extra work that goes into raising Ryan as a contributing member of society.

It is acknowledgement that she is different, that it has been harder for us than for most, and that spending the extra effort to home school her is worth something to the community as well as to her.

It means that I wasn't just an overambitious mother looking for excuses for my daughter's lack of success at school or with personal relationships.

It means that my daughter CAN learn and CAN go to university, so take that and stick it up your asses, you pricks. 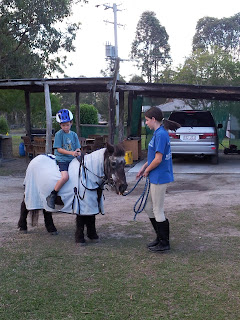 No better cure for anger than a big "I told you so."  In third grade math you pricks.

It also means that Ryan is now starting to show more obvious signs of being different now that she is a teenager.  It means she won't be acting like a normal teenager, that she might not make friends like the rest of us, that she will need help with everyday tasks that take you through a day.  She might not marry (Temple Grandin says this is okay: deal with it Mom!) or make a brilliant career out of her many talents.  She might ride her horses for fun but never be able to make a business out of it or teach others.  She might be a brilliant artist but never get that work out of her sketchpad.  She will make beautiful music that no one ever hears, dance beautiful dances for herself alone.

She might need my support - and be my little girl - forever. 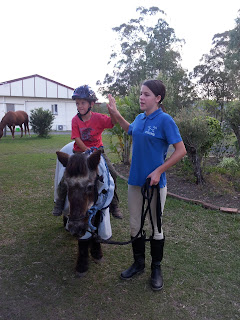 I have come to accept this gradually over the past year  and so no tears fell at the final say.  Let's face it, we knew she was different; were relieved last November when a new friend pointed out the obvious, were relieved when all of her signs exactly matched what was printed in the literature and on the internet (I mean, honestly Leute, HOW did you miss this in Germany?!  When I CAME to you with suspicions of ADD?!).  What it means for the future is still unclear, but it only shows me that nothing is certain, that I can take nothing for granted and that Ryan's future is hers, not mine.

Faces fall when you tell them you are home schooling an autistic child.  They are so impressed.  But there is nothing new about my situation, or about Ryan's, other than an official diagnosis.  We have both been struggling with this since she started showing signs around the age of five - even before that now that I know what to look for - and the only difference is that now we can give ourselves credit for our struggle.

We have both done amazingly well; so well that Ryan doesn't come across as autistic at a casual glance.  She is lucky; she will do quite well in the adult world, on her own terms and in her own way.  She won't be able to fit the mold, play by the rules, be like everyone else; mostly because she doesn't see the need to. 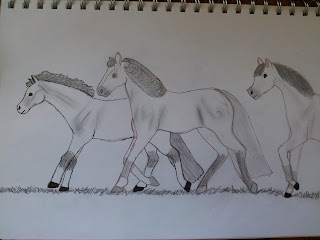 How awesome is that?!

How great is it that God saw exactly what I needed - a daughter who can't and won't fit the status quo - for me to finally be brave enough to escape from it myself?

And that Ryan, in turn, got a mom who is stubborn enough to fight for her, to advocate for her, to work with her even when it means working against her sometimes, a mom who loves doing it - despite the exhaustion and the burden - more than any other job she could do right now.

What does all this mean for Ryan?  Does she know what it means, what it will mean?

It's hard to say.

All I know is that she has been happier this week, since the diagnosis, than she has been in a while.  She has settled into her school work, babbles incessantly about the personalities, real and imagined, of the horses at the barn and jumps around - mostly joyfully - with her brothers.  She struts around the house with her hot chocolate in a travel cup like she owns the place; like any other normal teenager in fact.  (Although the turban on her head might be a bit out of the ordinary!) And then struts around the shops with a ball of yarn tucked under her shoulder looking like Quasimodo and attracting the stares of everyone walking towards us because she doesn't want to interrupt her crocheting while we shop.  NOT like a normal teenager, 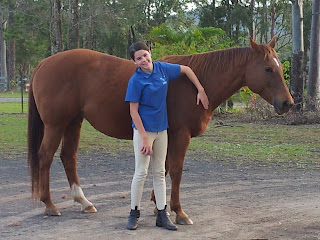 It is a permanent, non improving condition listed as a legitimate disability by the Australian Government.