One hears how hard it is to get a permanent visa for Australia.


But I lead a charmed life, mostly, and Damon is a citizen through ancestry, so we got pretty much winked through most of the process.  (Wink wink as in "well you aren't SUPPOSED to apply for a permanent visa and then fly over there on a tourist's visa but.....wink, wink.") 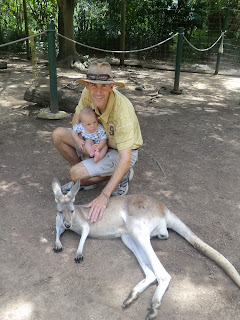 The Germans would have been appalled.  Why we entered that country totally on the up-and-up, 3/4s of us citizens, married, German-speaking and white to boot.  And they still treated us like swine trying to cheat them out of their share of the slops.

Imagine how they treat the foreigners.

But, arrogance and rudeness aside, the Germans made it pretty easy.  (Mind you, they don't have the free Medicare and pension plan Australia has to protect.)
After proving we had a genuine and lasting relationship - or did BEFORE the visa application process anyway! - and that we had no TB - it should have been fairly straightforward. 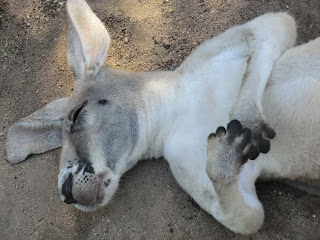 Except Berlin sent our confirmation to the wrong email last March.  April.  May.  and June.

And then I was knocked up and unable to do the chest x-ray. 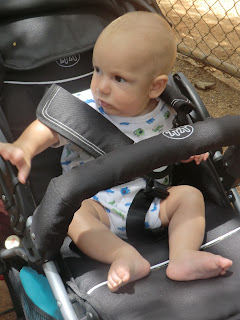 "Selbst-schuld" - your fault- the Germans would have said.  And what the heck are you doing over here on a tourist visa anyway?  DON'T YOU PEOPLE FOLLOW RULES IN YOUR COUNTRY!

"Sorry about that." the Australians said.  "No worries.  We'll work something out." 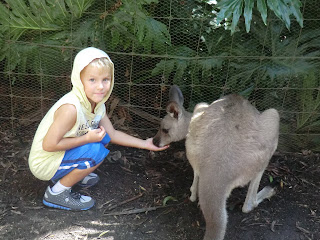 And they did.  Still being German myself, I found it almost embarrassing that they didn't accuse us of going outside the box.    Being American, I thought I should at least be chided for being pregnant before I was a legal resident.

But, being Australian, they did look for ways to help us out, rather than ways to condemn us, tell us what we did wrong and how, since we did it wrong, they could not help us now.

Of course, there are the thousands of dollars we paid for tourist visas for five people every three to six months.  Other migrants and I have compared and we figure the government wants you to cough up anywhere from $7,000 and up before they complete your application.  No matter how they get it.  Tourist visas.  Lawyers fees.  Mock custody battles.  Money in the bank.

And, as self-proclaimed refuges from the German education system, we are the first to admit there are others out there who have come here with less and suffered far more. 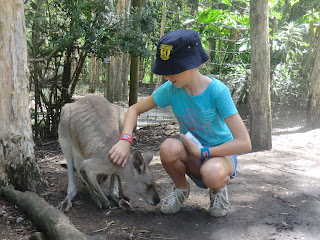 What they don't tell you about - even us lucky ones - is the immigration IQ test you have to pass before they let you stay.

If you can figure out the conundrum of immigration rules - and a way around them, preferably legal  (although it does sometimes seem that you get more help once you aren't legal anymore!) - then you deserve to stay.

To wit:  we paid our tourists' fees for over a year all the while asking for a free bridging visa.

We only got our bridging visas - free - once we became illegal.

We became illegal because we were due to leave the country within three weeks of our visa expiring - a condition of filing for a permanent visa overseas as we did being that you have to be overseas when it goes through.  (Wink.  Wink.  No worries.  Just pop on over to New Zealand for a bit, mate!  Nah, don't bother with that tourist's visa anymore.) 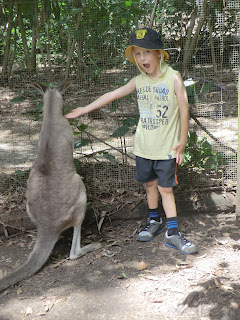 We turned ourselves in voluntarily (really, that's what it says on our sheets!) when the immigration department called Damon and asked did he know that his four kids were in the country illegally.  Three weeks.  Pretty impressive.  We were quasi-legal in France for almost two years! (Mostly because the town hall didn't know what to do with us and so kept telling me to wait and come back later everytime I tried to register!  And this with Ryan in school, me in free nightclasses and Damon crossing the border into Switzerland to work everyday!)

Have I mentioned how much I adore the French?

Damon mentioned that they might want to go further down the list and tell him about his illegal wife too.

That's when we got our free bridging visas.  For the 8 days left.

Silly.  But legal.  (Could have saved thousands of dollars by becoming illegal a year ago!) 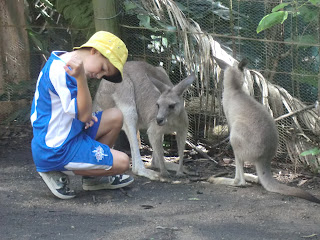 We were still laughing at the absurdity of the 8 day visa (on the inside only, let's not push our luck!) when the immigration official asked us about our visas for New Zealand.

Smug Americans that we are, we told them we didn't need visas for New Zealand.

What we did need, however, are tickets to a return destination that we are legal to reside in.

Which we weren't.  Since the bridging visa runs out when you leave the country.  And the permanent visa wouldn't officially be granted until we landed in New Zealand.

Which we wouldn't be able to do without the permanent visa to Australia we were going there to get! 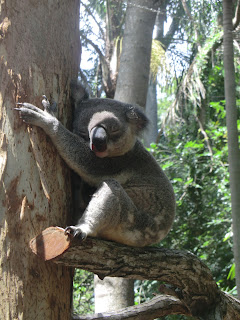 If so, you MAY just qualify for immigration to Australia!

A few phone calls between Berlin, Sydney and Auckland, five visa applications, ten headshots, loads of notarised documents and a rescheduled flight later and we were set.

"Did you know your applicants are here illegally?" Sydney apparently asked Berlin.  "Read between the lines," Berlin replied.    (By now you have to realise I am talking about the Australian embassy in Berlin since no self-respecting German would ever put the spirit of the law before the letter of the law in this out-of- the-box way.)

"But you don't need a visa to come to New Zealand."  Auckland tells me.  "No.  But we need you to approve us coming over there to pick up the visa that we need to have to come over there." 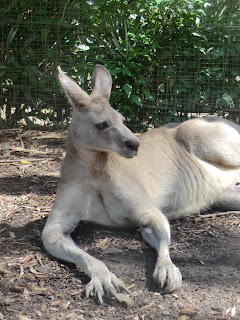 God bless 'em, the Kiwis took it as well as the Aussies.

So that - after an international triangle and much swearing at home - we are now officially set to depart for Christ Church on March 21, returning to Brisbane on March 24th as legal permanent Australian residents.

I've heard worse, the silliest being the fake custody battle a friend of mine went through with her British ex-husband in order to get him to stay in the country and help raise their son.

All this without the help of American lawyers!
Posted by Twintensity at 4:25 AM