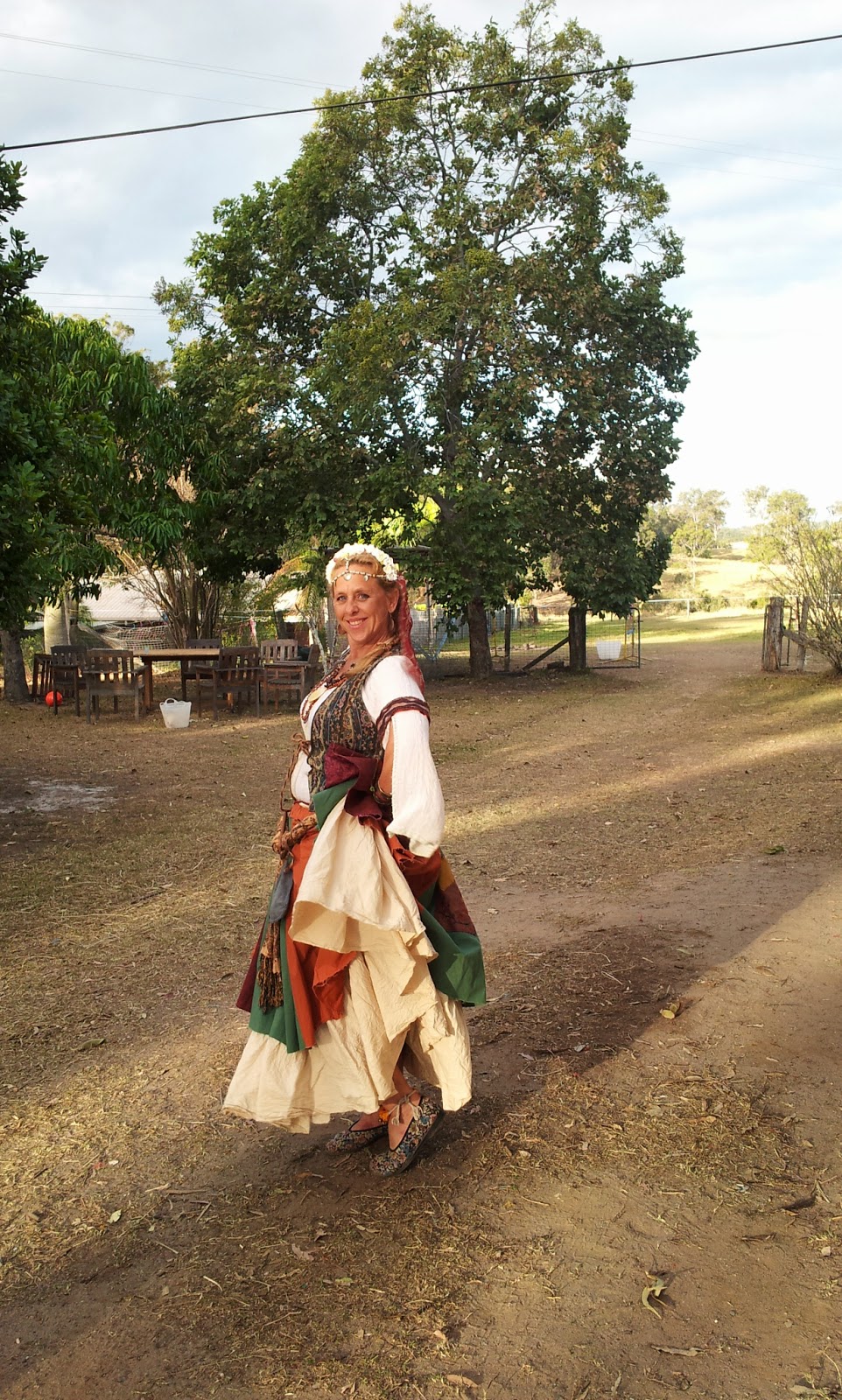 I meant to write about saying 'no' and about all the activities I am going to quit.  Like no more P and C (PTA) meetings.  I learn a lot but it's another two nights a month out late.  And no fundraising for either school.  I don't like to raise money, I hate fun run sponsors and chocolate drives and sausage sizzles and trivia nights and discos with a bunch of crazy sugared up kids.  I hate feeling like I have to participate for the good of the school and the good of the kids.

What the fuck?  I am happy to pull them out and home school any time.
I am so tired of having to force myself to go out into the scheduled routine of suburban school life every afternoon.

But then I couldn't get this picture loaded.  Which wasted an hour I wanted to write.  Also interrupted by finding a boat for Ian to play with so that he could pretend to be a dolphin swimming next to it.

Yes, he told me this.

This is after getting Damon and three boys off to school and before 8:00 am.

Carol texts me at 8:15 that her son isn't going to school so that Andrew - who is supposed to meet her son and get a ride to dance with Carol - should just come find her on his own.  (She is at the primary school next to their high school.)

Andrew is already at school.  He HAS a mobile but he forgets to use it.

Which means the afternoon I had planned going to an Eco-Mums meeting (and- oh shit - I forgot to remind Aidan and Matthew to come find me in the meeting room after school) might turn into an afternoon trying to figure out where Andrew is.

Channel 10 will be filming four other flash mobs they are doing to promote the Redcliffe Festival.  Twice on Thursday nights and twice on Sunday mornings.  In the next two weeks.  All this to raise money for the trip they are taking to Melbourne in the beginning of October to compete in International Finals.  We also have a sausage sizzle, disco, and trivia night.  This month.

Hence Carol helping me get him from Murrumba to North Lakes.  If he finds her.

Which allows me to get the twins back from Kurwongbah to Narangba and then rest a bit before heading back to North Lakes for Andrew.

Except that God - and a good bit of talent - has made his team the number one team in the league and so they are off to finals as well.  Two more Saturday games sometime in late August, early September.   Two hours away.  Each.

They should probably practise too.  Which means Wednesdays run between North Lakes (where he dances) and Murrumba Downs (where he plays soccer) continues.  It's only 8 minutes between The Space in North Lakes and John Oxley Field in Murrumba Downs.  He changes from knee pads and dance gear to shin guards and kleats in the car.

And then we have awards night.  Twice.  Once for the twins and once for Andrew.

Ryan dances too.    She is also dancing at the Redcliffe Festival.    And her new horse comes this morning.  Although she is happy not to compete with him at the moment.  Shit.  That's a float (trailer) to buy and more already full weekends down the drain.

Matthew wants to play the piano.  Although school trumpet lessons have kept him and Aidan happy for now.  Plus they are free.

All three boys want to take gymnastics.  And the twins still need swimming lessons.  Next term.

They all want play dates with their friends.

Sure guys, if you can find a friggin' date free.  STOP finding new friends!

Ian and I have Music Time on Mondays and Story Hour and Kangaroo Bop.  I like Music Time - it's in a private home - but am beginning to question why he has to go to all these other "social" activities.  Because that is what modern society - and I - have decided is right?

Who cares if he plays with kids his own age?  He prefers older kids.  Kids who can verbalise and show him new things like soccer and dance.  Not kids who can't speak yet and just come over and hit him on the head.

Shit.  He has all the pre reading skills of a four year old in kindergarten.  Why send him to kindergarten?  To learn social skills from a pack of brats who haven't been taught to properly behave?  So he can conform to what traditional education says is right?  So that he can succeed and achieve and become something great?  He already IS great!

He goes to the crèche at my gym on Tuesdays so I can do yoga.  But I am so mad at myself that I also thought it was good to prepare him for school.

God, I want to dance.  Or play with my magic rocks.  Listen to classical music.  Read "The Alchemist" by Paulo Coelho again.  Write.  Do yoga.  Sit under a tree.  In silence.  Walk along the beach.

Except the horse is coming this morning.

And I have kids to hunt down this afternoon.

What is it that's important, God?  What is my true Personal Legend?  (Paolo Coelho.)

It's not that I mind all the shuttling back in forth.  It's that I have nothing left for myself.

Is all this opportunity that's on offer for the kids just blocking our true destiny?  Or is it that, as the goal comes into sight, the obstacles to achieve it become harder?

But I CAN quit those committee meetings and those extraneous little social obligations that are only in my mind.

I CAN quit trying to be everything.

And focus on playing with my dolphin instead of trying to train him to perform for others the way his mother does.

Posted by Twintensity at 3:06 PM