Ryan and I spent a large part of the Abbey Medieval Fest last weekend with a group of women representing the Shuvani Romani, an ancient order of wise gypsy women.  We watched a real gypsy wedding (while I sat cross-legged in the hay breastfeeding Ian...so cool!).  We got our first henna tattoos together.  And we danced - twice - in the circle dance.  That it rained just after the dancing began - twice - made it a bit messy but also very earthy! 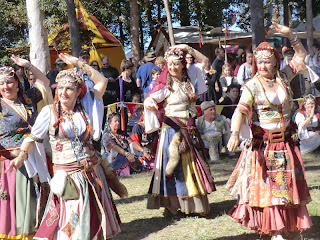 (Apparently we- and Aidan and Matthew this time around - also danced around some famous Australian TV personality.  We had no idea.   I am proud to say we hardly ever watch TV.  There WAS a huge camera following him around - we were dancing directly behind it.  But he was dressed as a medieval nobleman so I assumed it had something to do with the festival.  Watch out for us on Bondi Vet perhaps...it could have been him...you wouldn't be able to see us behind the camera but you might spot Damon with a heap of churros!)

Sometimes I wonder who is learning from who though. 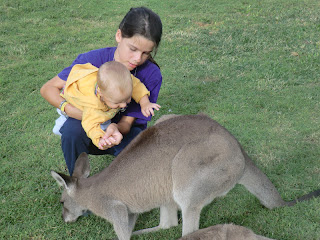 This, a poem from my beautiful daughter Ryan.  Who says it so much better than I ever could.
(Thanks to her teacher, Mrs MacKenzie, a writer and creative spirit herself.  And to Melinda and Kylie who teach the principles of kindness to others as well as resilience and respect for yourself.)

Friendship lasts forever doesn't matter how far.
When people bother you just stand strong and proud.
Even if it's your best friend
If there's something you don't want to do
Just stay who you are.

Don't fall into a trap.
If you get pushed down don't stay down,
Get back up!
If your best friend pushes you down
They must not be your true friend because
Friends are like family
Not a bad bully.

Friendship lasts forever.  Stay who you are!

I have to admire a girl who has already figured out what it takes most of us a lifetime to learn.

Namaste Ryan.  I can't wait to see what I learn from you next year!

Posted by Twintensity at 2:58 PM