Speaking of creating your own reality.... 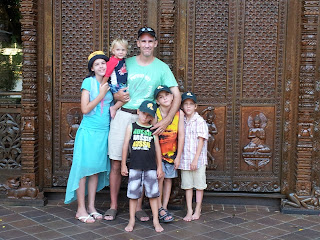 We've been sick the past two weeks, not all of us at once, Aidan not even once, Andrew barely, Matthew only for 24 hours, the baby for quite a bit this past week (covered in spots right now but barely feverish) and Ryan, well Ryan, she manages to cop it over and over again.

I'd had three days indoors with a sick baby this past week, and rain pouring down in torrents of Old Testament proportions, but managed to make it until 3Am on Saturday morning when my allergies hit so bad I had to take the antihistamines that knocked me out for pretty much all of Saturday.  When Damon could walk around the house with a feverish baby and four kids bouncing off the walls.  (Don't feel too too bad for him.  He uses the telly as a baby sitter.)   When you look at Louise Hays book 'You Can Heal Your Life, yup, it doesn't take a trip to the GP to tell you I'm exhausted physically and emotionally and need to take a break from imposed deadlines and expectations.  Been doing it my whole life.  Shame I need to make myself sick to take a break. 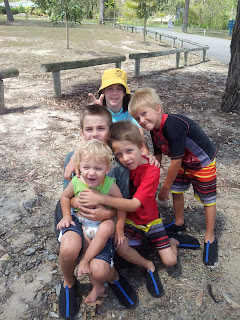 Aidan has the personality of a Labrador Retriever.  (And the energy level too!)   He never gets sick.  Andrew only for a little bit, when he needs a time out.  Matthew cops it hard for a bit - there ARE viruses and bacteria out there that hit us all - but bounces back quickly.  Ian fights it hard, running around like a happy madman in between bouts of fever.  Nothing holds these boys back.

Ryan revels in her illness.  She burns with fever.  Anger says Louise.  Ryan thrives on having the flu  (or in this case possible viral meningitis but the symptoms are similar).   It's a response to mass negativity and beliefs.  Fear. 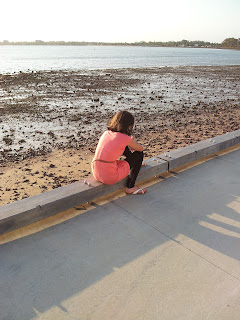 She isn't faking it.  Making it up perhaps, but only in the way that we create our own realities.  She's really sick.  A week ago she fainted.  Fear.  Not coping.

(Hypothyroidism, which she and I both have, is a feeling of giving up, being hopelessly stifled.)

Ryan spent the last year she was in school limping through the day with a bandage around her right knee.  Her teacher took me aside to tell me that she felt Ryan was in enough pain to warrant a trip to the doctor.  They found nothing.  And yet the pain continued for three terms, pain bad enough to warrant limited PE classses, but also real enough that the teachers gave her an A for effort AND participation!   Experienced teachers believed this child was really in pain.

Which she is.  The knee represents ego and pride.

It stopped hurting when we pulled her out of school. 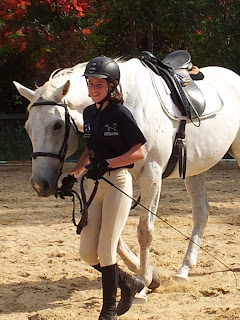 Just the thought of homeschooling again has this child in panic.  She withdraws to her room.  Lies in her bed.  Stares at the wall.  Or pulls out one of her horse books.

She is horrendous to deal with.  She picks fights with her brothers.  All of them.  Even Ian doesn't want to spend the time he usually does with her in her room.  I'm not afraid that she is hurting him.  She is pick pick picking.  She is maniacally trying to forget her anxiety by poking at someone else.

I've just had to keep her apart from the twins.

Andrew is going to win a Noble Peace prize.  I've told him that after he wins the Soccer World Cup for Australia, defeating Germany  3 -1 in the final match, leading to many interviews in both languages and a prime spot as sports commentator and writer, when he finally brokers that peace deal between Northern and Southern Ireland and is called upon, as foreign minister of Australia, to come to Palestine and play a soccer game with the Israelis and Palestinians before settling down to Peace Talks that will highlight Australia's role as a major international contender, make the Americans try to claim him as one of their own AND bring peace to the region (cause footy can do that!!)...after all that he has to thank his parents for the privilege of growing up a middle sibling, squeezed in between  younger twin brothers and an older sister with socialisation difficulties. 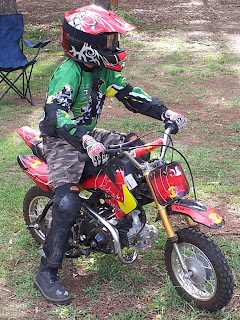 "It's a war zone down there," he comes up to tell me yesterday, as I hear screams and shouting from the family room/battle arena.

And then settles down calmly to read his book on his own.

I don't worry about Andrew.

Or the twins either really. 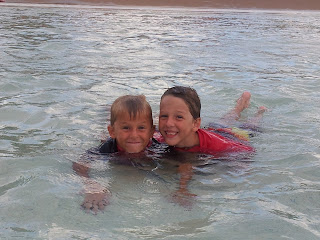 Ian has this whole world figured out better at 16 months than the rest of us have in a lifetime.  It's not fair really.  He's obviously done this before.  My guess is as a Tibetan monk who needed a bit of a breather.  So he got to come back as a barbarian, with all the loose discipline and morality of our western lifestyle.  He is loving every minute of it.  But deep inside he still knows who he really is. 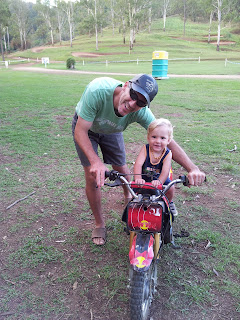 Sigh.  My boys teach me.

Ryan is teaching me too.  In the sense of what doesn't kill you makes you stronger.

And I do worry about her.

I worry about her because her future is all up to me.  I used to wonder why she chose me as a parent and now I know.  My stubborness, my ambition, my ability - or need really - to see things to completion, to excel and exceed expectations, they are what my daughter needs from me.

They are also what I have been trying to dampen down in my own spiritual search. 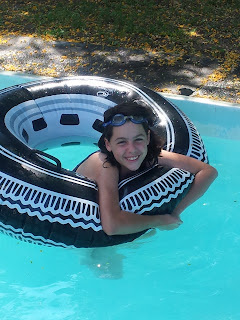 Ryan has all the signs of ODD, Oppositional Defiance Disorder.  I finally looked this up because it seems to be all the rage, everyone at our old school had it, and I didn't think it sounded like a real disease, kinda like diagnosing all the abused and neglected kids with ADHD and then knocking them out with Ritalin, which DOES solve the behavioural problems through sedation but in no way means these kids have ADHD.    And now comes ODD.  Not liking to be told what to do.  Well, yeah, who does?!

And lo and behold ODD is generally diagnosed in households with lack of structure or parental supervision, inconsistent discipline practices and exposure to abuse or community violence.  Bingo.

Ryan has all the signs except for the excessive violence and disrespect of authority figures, the sign that is most obvious, most disruptive and pretty much diagnostic for the disease.

She has frequent temper tantrums (which is does by withdrawing rather than through violence), excessive arguing with adults, often questioning the rules, active defiance and refusal to comply with adult requests and rules, DELIBERATE ATTEMPTS TO ANNOY OR UPSET PEOPLE, BLAMING OTHERS FOR HER MISTAKES OR MISBEHAVIOUR, OFTEN BEING TOUCHY OR EASILY ANNOYED BY OTHERS, FREQUENT ANGER AND RESENTMENT.  She doesn';t have mean and angry speech when upset or a spiteful attitude and revenge seeking.  She also doesn't throw chairs and furniture down the school steps or curse at her teachers.  She is quiet and respectful. 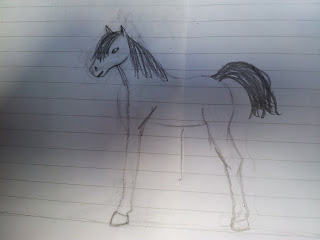 Ryan doesn't have ODD because she comes from a good home environment.

Here I have been feeling guilty for not being good enough for my children, and it turns out I am just what the doctor ordered (or would order if we could get him/her to believe she had a problem)for Ryan.

Treatment for ODD,as it turns out, is learning proper parenting techniques.  The list is a description of our home.  Giving time-outs, avoiding power struggles, modelling proper behaviour, positive reinforcement for good behaviour, offering acceptable alternatives, setting limits and reinforcing consequences, etablishing a daily schedule and routine, sitting down for family meals together, staying calm yourself. 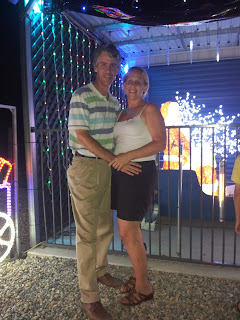 75% of Australian children don't sit down for family meals.  My guess is it is the same in the USA.

I am learning the past two years just how brutal the home environment of so many children is.

What doctors and therapists for Ryan won't see is the huge amount of work that has gone into managing her behaviour all these years.

What I can't know for certain is if her behaviours are as aberrant as I now believe them to be.  The list for ODD (and depression and anxiety) might as well be a list for puberty.  And Ryan is 13.  She is my oldest child and my only daughter.  Are all girls this difficult to raise in comparison with boys?  I couldn't say.  All I know is that raising Ryan has been more difficult than all four of my boys combined.  And remember, two are twins.

Could it just be that we have been managing her behaviour appropriately all these years without knowing it?!

Or is she just a normal teenage girl whose mother's expectations are too high.  (This is what I got in Germany and believe I am in for here as I press further for diagnosis.) 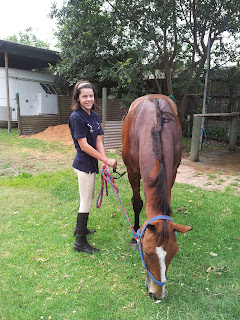 I've been reading books about autism and how hard it has been for parents to convince autism experts that their severely autistic children do, in fact, have autism.

What chance do I have for an appropriate diagnosis for a gifted (as it turns out), intelligent, highly functioning child who has been raised in the best possible environment already?

She has no friends.

And the only people who believe me are other parents with children on the ASD spectrum.

When I see what these parents struggle with every day, how much harder their task is with a severely autistic child than mine is with an incredibly multi-talented Aspergers child, I appreciate the support they show me anyway. 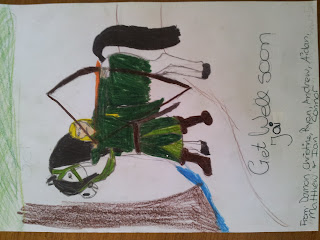 I can work from a place of fear.  I am terrified for Ryan's future.  I am going to have to fight and struggle and push and work to help her find her place in this world.

Or I can surrender to Ryan's world, without a proper diagnosis or help from the experts, and help her learn to live at least partially within ours.  Honestly, her world is better - and safer - than ours.  The only problem is that someone - meaning me - will have to feed and clothe and shelter her her entire life unless I can pull her from her cocoon of comfort at least for periods long enough to allow her to function in ours.

My task is to help my daughter create her own reality.

I'd like to help her create one where she doesnt work from a place of fear and anxiety like she does now, where she isn't afraid to be herself, where she is happy to use her talents instead of hiding them  and where she trusts herself to make friends.

I would have liked a magic key to unlock the mystery that is Ryan.  I have been searching for it with doctors and testing and therapy.

But damn if that key isn't going to have to be one we build ourselves, the two of us.

Andrew, and the Middle East Peace Process, can thank us later